The Proteas are in Pakistan for the first time in 14 years, and were greeted with heavy security measures upon their arrival in Karachi.

The Proteas will play two Tests and three T20s in their first visit to Pakistan since 2007.

Upon arriving in Karachi on Saturday morning, the Proteas were ushered through the streets of Karachi with mass security, which was delegated by the Karachi Police Office.

According to Pakistan’s The News, there will be a heavy contingent of police will remain deployed at the National Stadium, hotels and relevant routes.

This is Proteas’ first visit to Pakistan since 2007 when they defeated the hosts the by 160 runs in Karachi to clinch the series 1-0. The subsequent series in 2010 and 2013 were played in the United Arab Emirates.

International cricket in Pakistan was put on hold in 2009 after gunmen attacked the Sri Lankan team bus during the second Test in Lahore.

Pakistan has gradually hosted teams again in the last five years before Test cricket was revived in late 2019.

Meanwhile, the Proteas will begin the five-day quarantine from Saturday until the results of the first round of Covid-19 testing are released.

South Africa will also play a two-day warm-up matches prior to the start of the first of two Test matches.

The first Test between Pakistan and the Proteas begins on 26 January in Karachi (07:00 SA time). 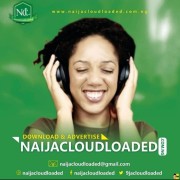 Wizkid Arrives In Mali With A Private Jet; Fans Give Him A Presidential Convoy (Watch Video)

Wizkid Arrives In Mali With A Private Jet; Fans Give Him A Presidential Convoy (Watch Video)

10 Things You Should Know About Nigeria’s Civil War